If you are very rich you can stay at the Emirates One&Only Wolgan Valley for $2,500 a night. If you are like the rest of us you can drive a little further along the valley to Newnes and stay for free. That is if you have a tent, camper trailer or caravan. It’s not quite the same experience but quite a bit cheaper.

In 2008, John’s brother Jim suggested that we take our vans to the valley. Mutual friends hired a camper trailer to see if they liked the lifestyle. We followed a winding and steep road down to our campground on the other side of the Wolgan River at Newnes. Jim told us there was a ruined oil shale mine and a glow-worm cave, so we were keen to explore the area.

On the first night, we sat around the crackling fire eating curry provided by our camper trailer friends. The plan was that we would each provide a meal for the group and on the fourth night eat whatever was left.

It wasn’t long before we made the acquaintance of a local inhabitant named Dave*. He arrived at the camp asking if we had seen his cat. She was about to give birth and he wanted to find the kittens. He also said if we wanted any wood we could take some from his land. He told us he used to be a tram driver, his wife had left him and he lived alone with his cats.

The next morning dawned bright and clear. Four of us set off along the old railway track where Shay locomotives used to haul shale and oil wagons out of the valley, a climb of 2200 feet (670 metres). The track is cut into the cliffs above the valley, an enormous project in its day, which only took 13 months to complete. There are washed out gullies which make the track challenging in parts, and it is all uphill!

Finally at the end of a canyon is the tunnel, which is 400 metres long and curves slightly so that in the middle it is pitch black. The roof of the cave twinkles as the glowworms do their thing.

Once through the tunnel, we came to a turnoff to the Pagoda Track which is named after the rock formations in the area. This joins the Old Coach Road, which used to be the main road to Newnes. It is narrow with a steep drop off on the right-hand side. I wouldn’t like to be riding a coach down there.

The afternoon was spent preparing dinner. It was our turn and we were cooking roast lamb in a camp oven on the coals of the fire. We managed to shower in our portable change tent using the solar shower and even fitted in a bit of bush golf which was great fun.

Jim was keen to get some more wood for the fire so we drove up a track, passing Dave who was carrying an axe. He hopped on our running board and directed us to his home.

I have never seen so many cats. It reminded me of a book I had bought for my children called Millions of Cats by Wanda Gag. They were clambering over Dave’s shack, his cars (there were a few scattered around the block) and his refrigerator which faced the open air. He said he drove into Lithgow once a fortnight to buy cat food. Before we left he offered us three kittens to keep but we beat a hasty retreat, thanking him profusely but saying we couldn’t possibly look after them.

Back at the camp a mother duck waddled by with her ducklings in tow. How would they survive the ravages of Dave’s cats?

There was still much to see in Newnes. The Newnes Hotel could also be called “The Pub with no Beer”. Can you imagine, when it was built in 1907, the hundreds of thirsty miners and construction workers who swarmed in its doors? It was only a temporary building and plans were drawn for a grand three-story hotel but it was never built as the town collapsed in 1912 after the Commonwealth Oil Corporation went into receivership.

Somehow the pub survived over the years with bottled beer only, available to weekend campers and day-trippers. A huge flood caused the undermining of the foundations of the hotel so that it was threatened with collapse. Over 200 people rallied together and formed “The Friends of the Newnes Hotel”. Over a period of three days in 1987 men, women and children removed the roof, dismantled the walls and re-erected the building on higher ground. The best party seen in Newnes for 80 years followed its completion.

Alas, two years later the liquor license was sold and the porcelain handled beer siphons and pub mirror removed. It is now a General Store full of memorabilia of its former glory days.

In 1911 there were 1652 people in Newnes. There was a general store, news agency, hairdressing salon, a school, churches, two butcher’s shops, a livery stable, hop saloon, billiard hall, Post Office and Police Station.  Newnes Oil Refinery came on stream in June 1911 but after only four months was beset by technical and labour problems.  The Scottish Retorts were unsuitable for the type of shale being mined and a series of industrial disputes compounded the problems.  The Commonwealth Oil Corporation went into receivership in January 1912.

As it is ANZAC Day I hoped to find some references to WW1.  Probably some of the miners went off to war but it did have an effect on the flagging town’s fortunes.  The company assets were sold to John Fell and Company, a firm of lubricating oil refiners and blenders.  The Oil Shale Industry in Newnes was revived in 1913 and market demands caused by Australia’s involvement in the Great War enabled the company to prosper.

After the war, the town declined but in 1931 a last, doomed attempt was made to reopen the oil works. From then on a deliberate removal of remaining buildings took place. Now there is practically nothing left of the town. Only the hotel and the industrial ruins remain.

A short walk to the Ruins carpark from our campground led us to the walking track which zigzags across the large steep site. There are old coke ovens, paraffin sheds, oil washing tanks and unique beehive kilns. The oil-shale rock at Newnes, Torbanite, contained about 350 litres of shale oil per tonne, which is quite a high grade for oil shale. Torbanite was mined and processed into a range of oil products including crude oil and blue oil as well as paraffin for candles, benzene (motor spirit), naphtha and kerosene and various grades of lubricating oils and greases. Coke was produced and used on-site and was marketed in Lithgow as well. 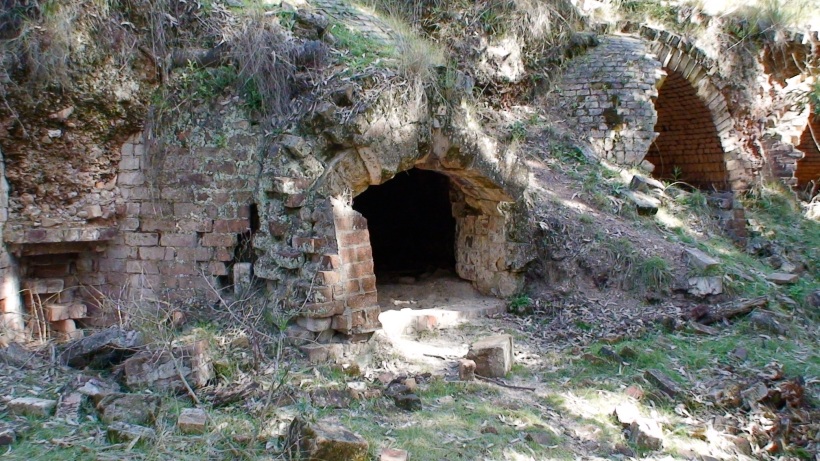 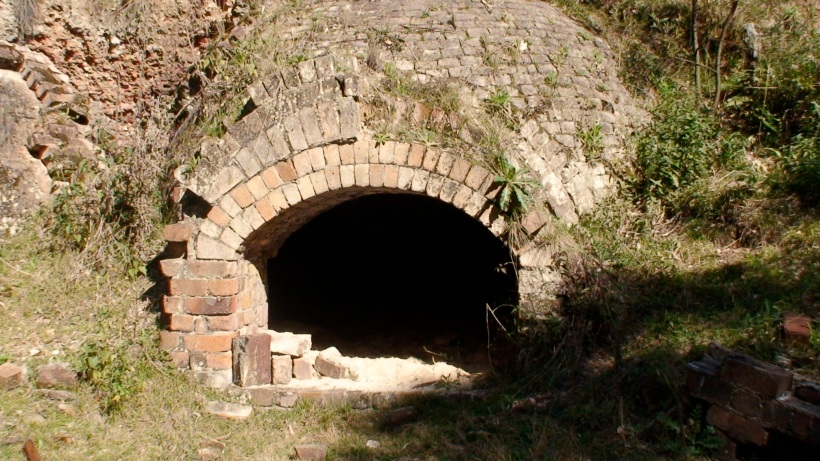 Now Newnes is part of the Wollemi National Park which contains the only known living wild specimens of the Wollemi Pine, a species thought to have become extinct on the mainland approximately thirty million years ago but discovered alive in three small stands in 1994.

Unlike the Wollemi Pine, the village of Newnes lasted for less than 50 years.

*Not his real name

I found a Newnes connection with WW1.  Probably Francis and his parents moved to Wollongong to find  work in the coal mines.

Francis Horatio Faddy was born April 2 1894 in Sydney to Francis Horace and Eda Linda Faddy. He was educated at Newnes NSW and was living in Wollongong during the outbreak of World War I.

He was wounded at ‘Chess Board’ in front of Popes Hill at Gallipoli on May 3rd 1915, after his head and throat wounds were bandaged he returned to the front line. After some time he was sent back to the aid station. He was never seen again.He was 21 at the time of his death.

He was the Signals Officer for the 13th Battalion and is remembered in their history  “… wonderful esprit de corps (a feeling of pride and mutual loyalty), that the 13th Signallers were more famous for than any other similar unit in the A.I.F.”

9 thoughts on “V for Valley (Wolgan)”

Exploring my world with pictures and words.

When I Thought I Was Nothing

Circa Vintage Clothing
Travels with Glenda and Keith
Paws4Thought

The Musings of Debbie Manber Kupfer